BRAKELOCK, the next frame lock generation

IXOW expands its anti-theft protection range with BRAKELOCK, the next frame lock generation

Brakelock completely reinvents the anti-theft frame lock (or ring lock) to reinforce its strengths by eliminating significant weaknesses in the traditional architecture, particularly its ineffectiveness and risk of damage to the spokes. This is important because use of the frame lock is widespread all over the world and operators of fledgling bike-share fleets have popularized the use of this type of anti-theft device despite significant maintenance costs.
This innovation designed by Franck SAVARD and Christian GAUTHIER is protected by International patents exploited by IXOW INTERNATIONAL.

BRAKELOCK, THE NEXT FRAME LOCK GENERATION

Brakelock is a next-generation anti-theft frame lock that will be widely available from the second quarter of 2019.It relies on the principle of apowerful braking mechanism that makes rotating the wheel or using and forcing the bicycle impossible. The restraining system no longer goes through the wheel which eliminates spoke breakage.
Brakelock careful design makes its removal impossible once in anti-theft mode. Its braking-blocking system is much more difficult to destroy than traditional frame locks, whose blocking shaft, disproportionately exposed over ten or so centimeters, is quite easy to cut.
Several Brakelock architectures have been developed to respond with precision to the various needs of our customers and to work either independently or in conjunction with another anti-theft device such as the IXOW Stemlock. Significantly more compact than traditional frame locks, Brakelock fits more efficiently on to the bike.
Brakelock will be operated either by a lock and key or via a smartphone (or equivalent technologies). Versions of Brakelock will integrate identification and geolocation tools and will be connected to smartphones.

MAJOR BENEFITS FOR ALL 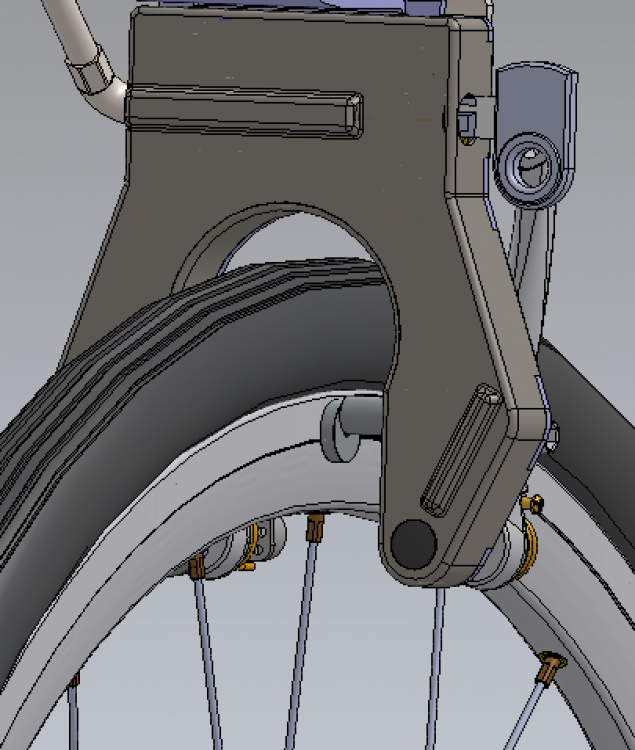 AT THE HEART OF IXOW’s GLOBAL ANTI-THEFT PROTECTION PROGRAM

Brakelock incorporates IXOW’s ‘Global Anti-Theft Protection Program’ to effectively combat the theft of bikes and light vehicles. The strategy is unprecedented and completely out of step with what has gone before. Through a combination of tools, this strategy aims to dissuade the thief from stealing the vehicle as they will not be able to use it or resell it, without first reconstructing the vehicle thus incurring unwelcome effort and risk (purchase of replacement equipment, time spent, risk of identification).
The standard approach to protection based on the time necessary to destroy traditional anti-theft devices has had its day. Traditional bike anti-theft devices (U-locks, chains, cables) are not sufficiently trustworthy, despite the significant efforts of the biggest anti-theft brands. Thieves can destroy these relatively easily and then use or resell the bike freely. As statistics and various studies show again and again, the theft of bikes is a real plague, penalizing cyclists and every other industry actor. A radically different protection strategy is therefore necessary.

IXOW, by constructing a strategy that breaks with the traditional approach, possesses a robust base of competitive advantages built on exclusive mechanical innovations subsequently enriched by connected tools, to build the most effective global protection system against bike theft and become a key player within 5 years.
Our goal: to rebuild cyclists’ confidence step by step as a result of a tangible reduction in the theft of bikes. To motivate them to buy higher quality bikes.